We had a few days to get to know the new Samsung 64GB Solid State Hard drive.  The first thing I noticed when looking at the hardware portion of the drive is how light it is.  Yes it has a nicely machined aluminum enclosure, but when holding this 2.5inch drive in your hand, you forget how light something can be without magnets, platter, and armature inside.  The drive weighs in at just 2.6oz, which is about 2/3 of a normal 2.5inch drive.  Now this may not sound like much, but when you add this into the sum of parts in a laptop, every ounce counts.

The other important factor for any laptop is its durability.  Many have been concerned at how long any memory based system can endure the constant read/writes of daily use due to its self-destructive nature.  Samsung seems to have put the fears to rest when concerned with longevity and reliability.  This drive is rated for almost quadruple the MTBF (mean time between failures) as other common platter based hard drives, at 2,000,000 hours.  That said, the best part of solid state where durability is concerned is no more worrying about damage from jarring or dropping.  That is, unless a solder contact comes loose, but with no moving parts, there should be a great advantage for laptops using a solid state drive. The most important part of any drive for most, is speed. This area is where solid state drives shine for the most part.  The read/write speeds for constant transfer of a file is noticeably very fast compared to a normal 5400 or 7200RPM laptop drive.  Using h2benchw for speed tests showed that seek times were amazingly 20-30 times faster than a comparable 5400RPM Sata drive, but was 2-4 times slower in random large write scenarios. When testing the drives in the real world situations using windows XP there was a noticeable speed bump when booting windows (around 30 seconds, compared to over 1:30 seconds with the 5400RPM drive) and in overall use.  On a clean install the Samsung SSD hit 50MBps read speeds and 30MBps write speeds.  However, when testing the copying of a 1.5GB file, there was minimal difference between traditional and solid state drives.

The life of the battery also increased about 10% in tests over the other drive.  The other advantage is there is no noise as there is no armature moving during read/write, making the laptop eerily silent until a fan turns on.

There is only one disadvantage that can be seen with the solid state drive and that is of course, price.  At just over $500 (normally $750) on Newegg, the drives are pricey, but they are sold out at the time of writing. The best though is yet to come, with memory prices ever plummeting and drive size increasing, the future of solid state seems secure and eventually the affordable way to go.  Also, OSX Snow Leopard and Windows 7 are promising SSD optimization to better utilize the way they operate as compared to traditional drives and this should in thoery, greatly improve speeds.

If you have the money to spend on such a drive, then solid state is the way to go and Samsung should be your choice in the current market. 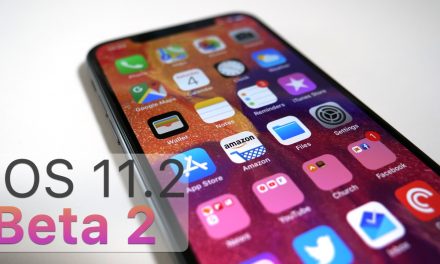