This past weekend a supposed internal Apple document was revealed for the upcoming Apple tablet.  Although we know this is fake, we thought we would share with our readers the possibilities of a future Tablet and its OS.  The first document above shows the "Clouded Leopard" release of OSX 10.7.  While it is not hard to assume Apple will be using and innovating in the cloud computing market with MobileMe and the recent purchase of Lala, we find it hard to believe this document to be accurate.  Apple does not generally differentiate its consumer OS versions even when referring to the iPhone, but this does not mean they would never split them up. 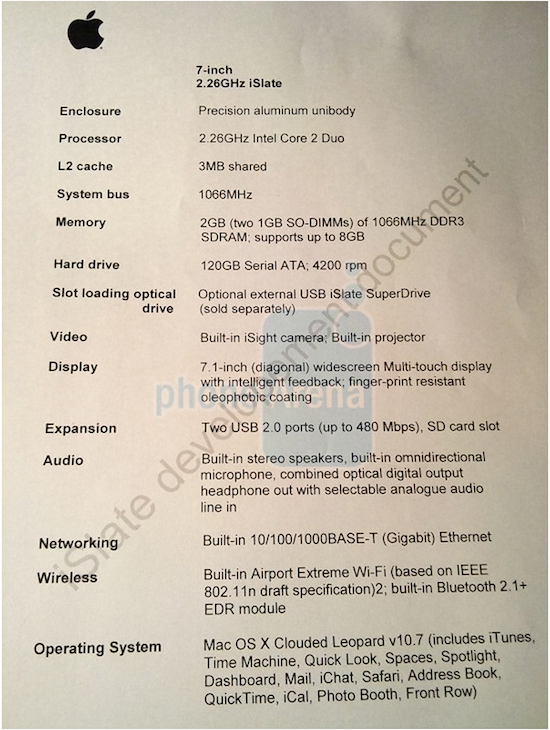 The other photo offered above is some simple specs that could be in a tablet based Mac.  The specs look like they could be something Apple would use, but does anyone honestly think that APple would allow such specs to just sit on the many sites it has made rounds on?  Apple is quite, how do you say? … vicious when it comes to upholding their internal secrets.

The one benefit we can obtain from such fakery is the sheer excitement that the tech community shares over the possibilities of such an Apple Tablet.

New Screenshots of Ad that Replaces Gates and Seinfeld