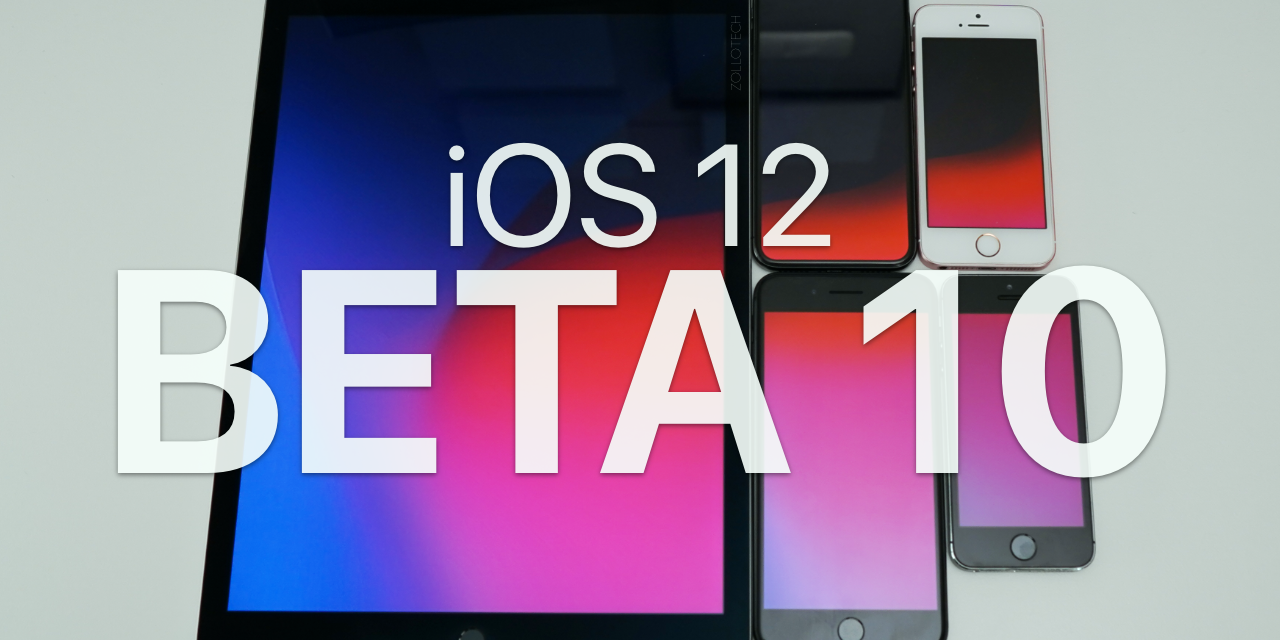 Apple released iOS 12 Beta 10 to developers and also iOS 12 Beta 8 to public beta testers.  iOS 12 is nearing its final release to the public in a couple of weeks and usually will happen after the 2019 iPhone event.  The next few weeks will be very exciting with the reveal of new iPhones, maybe new iPads and a new Apple Watch design.

Gear I used to make this video:  http://kit.com/Zollotech/zollotech-gear