Last week we had a vague idea of what Apple may offer this coming Black Friday.  It appears someone has leaked a brochure showing exactly what kind of deals we can expect for our after-Thanksgiving scurry to the store(s).  Among the deals are iMacs starting at $1098, iPod Nano’s starting at $138, MacBook Pro’s from $1098 and iPod Touch’s from $178 among many other deals.  Instead of heading to the mall or wherever your local Apple Store may be, sit back, grab a cup of coffee and click your way to Black Friday deals as these are online only. 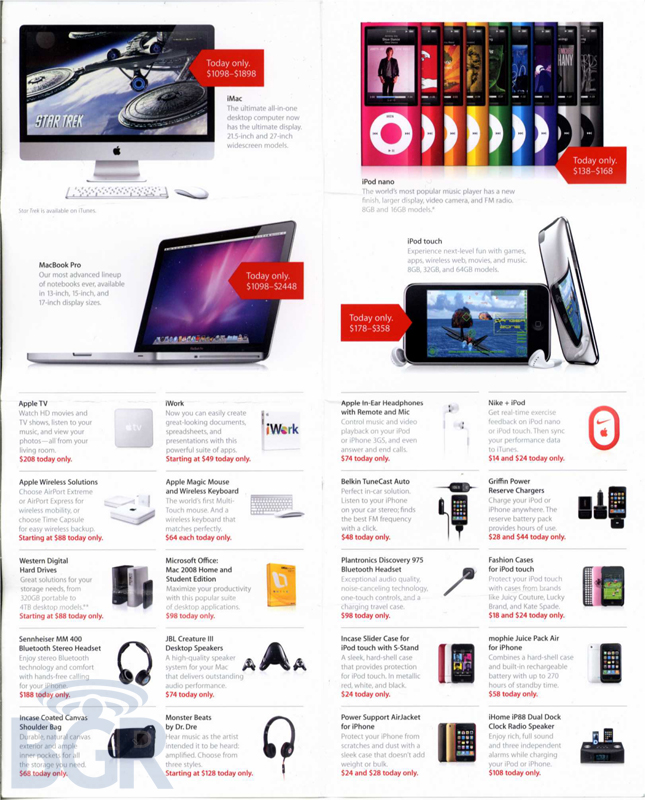 Will It Blend – iPad Edition, This is sad…